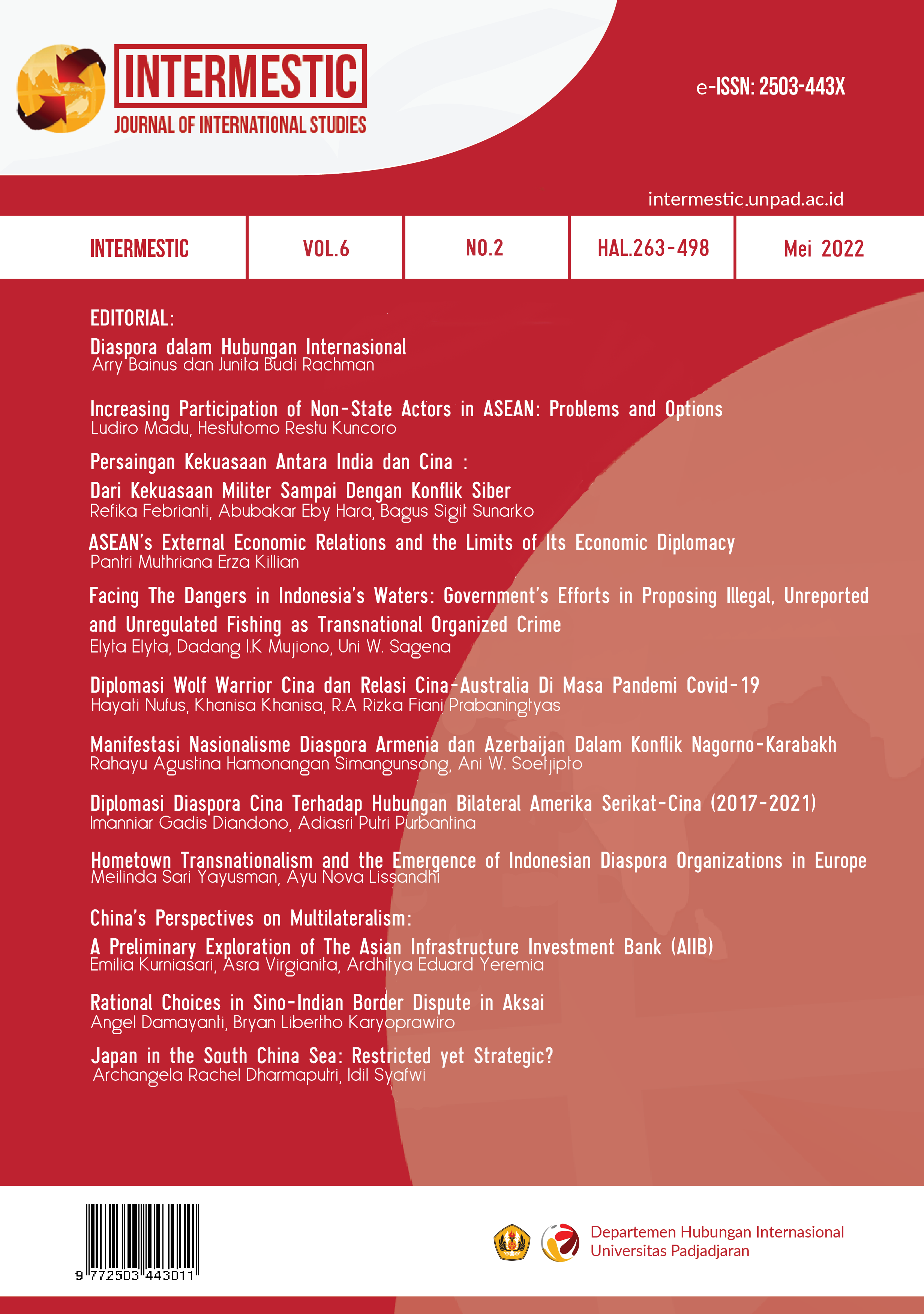 This study aims to explain the strategies taken by two major countries in the region, China and India, in overcoming border disputes in the Aksai Chin region. By using rational choice theory to explain the behavior of India and China and the reasons why they choose to use non-confrontational strategies. The research methodology used is qualitative with a case study model to analyze the policies of the two countries. The results of the study found that despite different views regarding Aksai Chin, the two countries both built trust and were committed that the border dispute would not affect their bilateral relationship as a whole. India and China have opted for a strategy of optimizing mutual benefits over purely national interests. It can be concluded that the two countries chose to take a non-confrontational policy in the border dispute in Aksai Chin as a rational choice in times of crisis based on the optimal benefits that can be obtained by both countries.