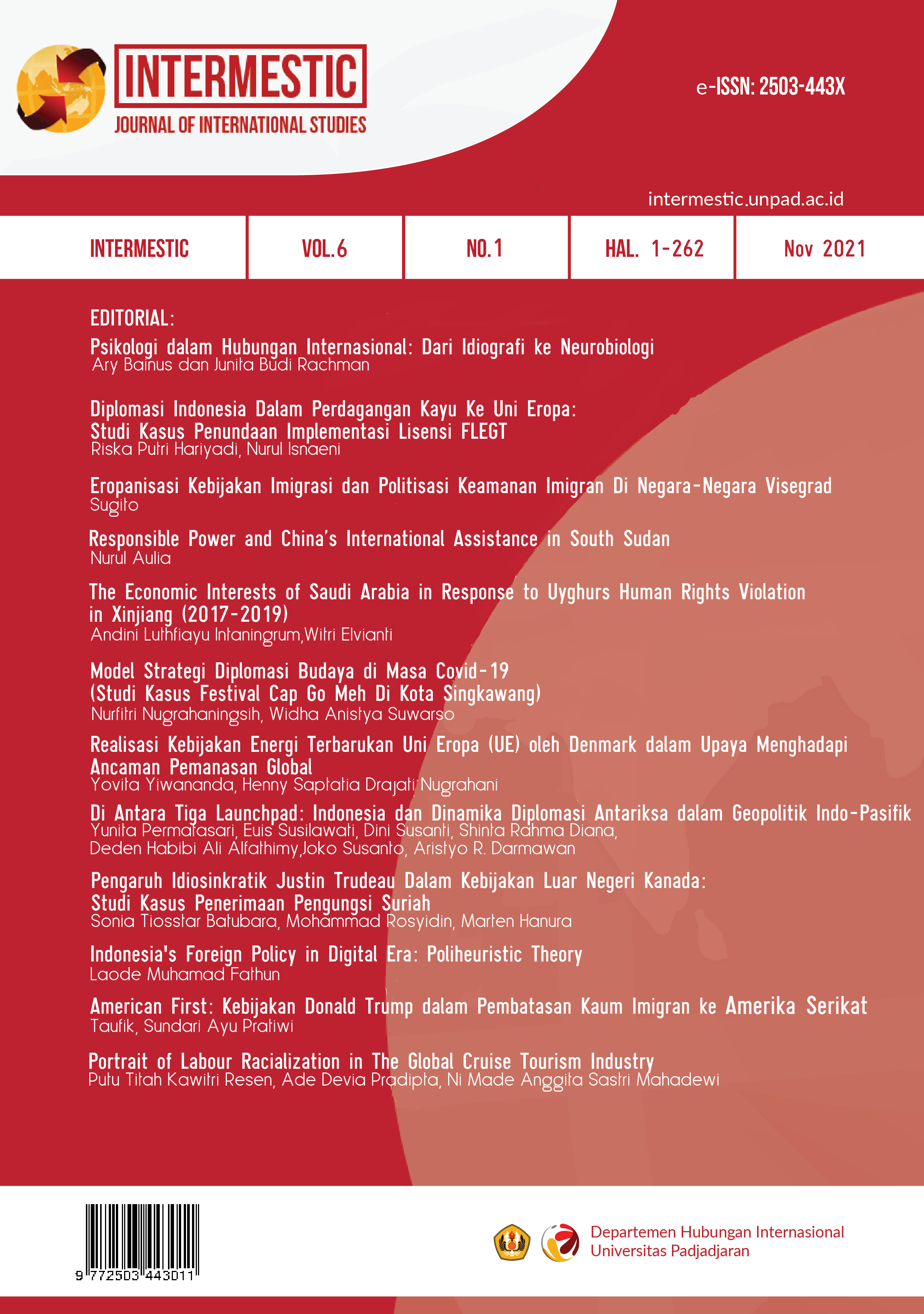 Indonesia is the first country that has successfully issued FLEGT (Forest Law Enforcement, Governance and Trade) license, a market based international regulation system initiated by European Union to encourage sustainable forest management particularly in developing countries. This success story is considered as the achievement of Indonesia's economic diplomacy despite of the fact that Indonesia had previously postponed its policy to join the FLEGT mechanism during the negotiation process with European Union from 2015 to 2016.  This article aims to analyze the factors contributing to Indonesia's changing position during the negotiation process by applying the qualitative research approach and single case study method. The theory of Economic Diplomacy from Stephen Woolcock (2016) is used as the analytical framework. This article argues that there are systemic, domestic and ideational factors affecting Indonesia's policy changes to respond to FLEGT license mechanism. The research finds that the factors consist of the asymmetric relation between Indonesia and the European Union in the implementation of FLEGT, the policy incoherence between Indonesia’s national agencies involved, and the distinguished perception between actors involved in the process.  This study concludes that in the case of Indonesia, the three factors outlined by the Woolcock’s theory have concertedly contributed, however the critical linkages between interest and institution variables related to the decision-making process at domestic level have proven to significantly shape the final stance of Indonesia in economy diplomacy.