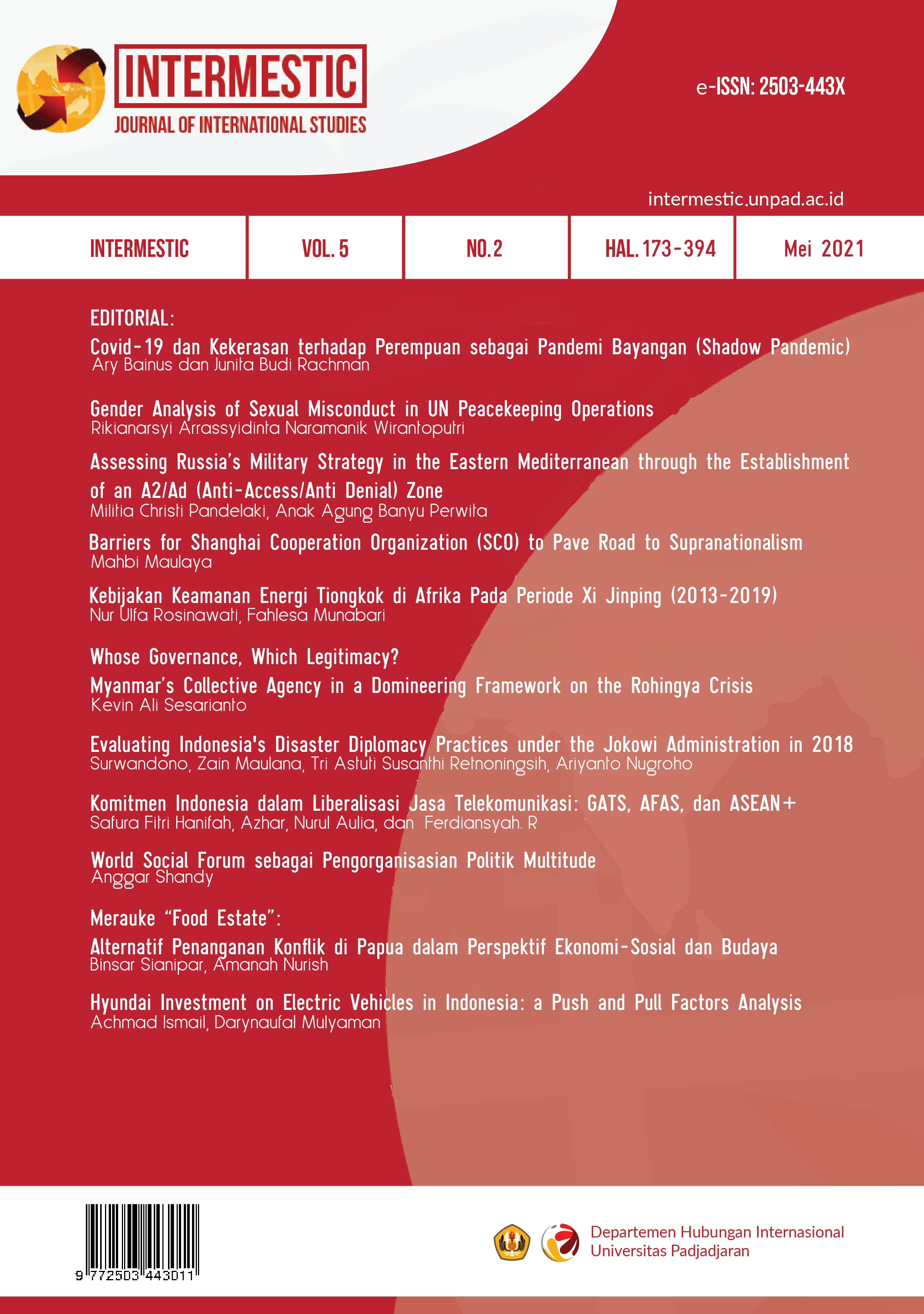 The Eastern Mediterranean has long been the area of interests of Russiaâ€™s military power. Referring to one of the on-going armed conflicts in the region, Russia has expanded its claws by militarily intervening in Syria to prevent the regime from collapsing. As the only left arbiter in the war who prioritize a political settlement in Syria, although there are various interests between the actors that involved, Russia has decided to involve in several military operations with Turkey. As the meaning to actualize its interest in operating an anti-access/area denial (A2/AD) zone in the Eastern Mediterranean, Russia is taking Turkey as its significant partner to simplify and to secure its interest in establishing an A2/AD zone. By analyzing several primary and secondary data, this research concluded that Russiaâ€™s goals have been divided into two, first is the short-term goal which is to keep Assad in power. Second, the long term goal which is to deter the influence of the Western by deploying its advanced armed forces in the Eastern Mediterranean.